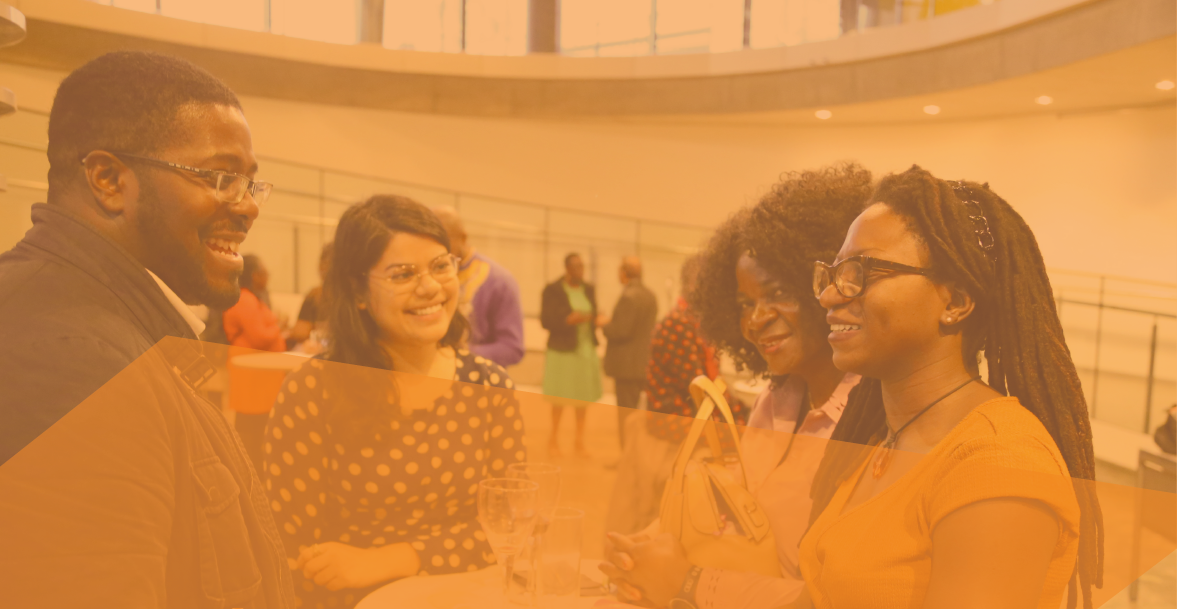 Money4YOU is thrilled to celebrate the 10th Anniversary of the Dragons Den event and Special Awards Ceremony. To back the event, City Bridge Trust has awarded a grant of £100,000 to support BAMER-Led non-profit organisations whose work benefits Londoners.

The event, convened by Carol Akiwumi MBE since 2012, has connected the UK and International Grantmakers with BAMER-led organisations, will be held on Friday 16th September 2022 from 5pm, at the Foundry, A Place for Change, Vauxhall. Participants will also be able to join online.

Qualifying BAMER-led organisations will have the opportunity to pitch their projects for a chance to win ten Grants of up to £10,000.

As well as judging pitches, Funders will be on hand to network and make connections with BAMER-led organisations. This year organisations will have the opportunity to meet the following funders: The Leathersellers’ Company, Tudor Trust, City Bridge Trust, Action Funder, CommUNITY Barnet, The National Lottery Heritage Fund, BAOBAB Foundation and The Childhood Trust. This list is constantly being updated.

Participants will also have the invaluable opportunity to make connections with other BAMER-led organisations and be inspired by ethnic products in our marketplace. The evening will be peppered with Afro-Caribbean-inspired music, food, and drinks.

We are also pleased to announce that we will present 4 special awards to celebrate and showcase the inspiring work of some outstanding BAMER-led non-profits who are serving the most underrepresented members of UK society.

“I’m really excited about Dragons Den this year. It’s been a tough few years and with the cost-of-living crisis disproportionately affecting the poorest among us, food and fuel poverty are rapidly rising, Over the years, City Bridge Trust have shown great commitment towards tackling poverty and with their partnership, I am thrilled that we will be able to support more BAMER led grassroots organisations serving the most underrepresented groups in London”
– Carol Akiwumi MBE

Money4YOU exists to tackle inequality and create a better world through financial education, capacity-building resources and tools for funding sustainability. We currently support over 550 organisations via BAMERHUB.com, our virtual resilience platform.

Money4YOU is a Charity registered in England & Wales. Registration no: 1157549.

Member of The BAOBAB Foundation. Registered with the Information Commissioner’s Office (ICO).

With grateful thanks to:

Money4YOU is a CIO registered in England & Wales. Charity Registration no: 1157549.

This website uses cookies to improve your experience while you navigate through the website. Out of these cookies, the cookies that are categorized as necessary are stored on your browser as they are essential for the working of basic functionalities of the website. We also use third-party cookies that help us analyze and understand how you use this website. These cookies will be stored in your browser only with your consent. You also have the option to opt-out of these cookies. But opting out of some of these cookies may have an effect on your browsing experience.
Necessary Always Enabled
Necessary cookies are absolutely essential for the website to function properly. This category only includes cookies that ensures basic functionalities and security features of the website. These cookies do not store any personal information.
Non-necessary
Any cookies that may not be particularly necessary for the website to function and is used specifically to collect user personal data via analytics, ads, other embedded contents are termed as non-necessary cookies. It is mandatory to procure user consent prior to running these cookies on your website.
SAVE & ACCEPT

Subscribe for exclusive early invites to our free resources, support groups and events