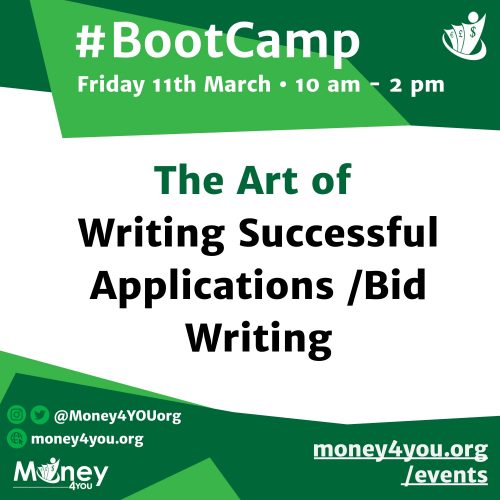 Join us this month (10 am-2 pm) to learn about the Art of Writing Successful Applications / Bid Writing – using the Six Thinking Hats method.

In this session, we will delve into the Six Thinking Hats method by Dr Edward de Bono. The premise of the method is that the human brain thinks in several distinct ways that can be deliberately challenged.

Edward De Bono identified six distinct directions in which the brain can be challenged, which we will be covering in this #BootCamp.

Bill has been a professional fundraiser since 1984. Over those 30 years, Bill has had the experience of every fundraising method, from direct mail,  community fundraising to raising money from companies and charitable trusts. He has been a senior manager or Director of Marketing for four national charities in the UK: Scope, BTCV, Children’s Aid Direct and  FARM-Africa.

A fundraising trainer since 1992, Bill is recognised as one of the most experienced and knowledgeable fundraisers in the UK, especially in the field of grant-seeking from charitable trusts and government bodies.

In 2012, Bill was elected as a Fellow of the Institute of Fundraising in the UK

This is FREE to those on the AVOCADO+ Accelerator Programme and subsidised for everyone from small and BAMER (black, Asian, multi-ethnic and refugee) organisations.

We know that you are facing numerous unique challenges; often it takes many years to gain momentum and build capacity in spite of the great need that you are meeting.

But rest assured you are not alone and we are here to help!

Money4YOU is a Charity registered in England & Wales. Registration no: 1157549.

Member of The Chartered Institute of Fundraising (CIoF) and The BAOBAB Foundation. Registered with the Information Commissioner’s Office (ICO).

With grateful thanks to:

Money4YOU is a CIO registered in England & Wales. Charity Registration no: 1157549.

This website uses cookies to improve your experience while you navigate through the website. Out of these cookies, the cookies that are categorized as necessary are stored on your browser as they are essential for the working of basic functionalities of the website. We also use third-party cookies that help us analyze and understand how you use this website. These cookies will be stored in your browser only with your consent. You also have the option to opt-out of these cookies. But opting out of some of these cookies may have an effect on your browsing experience.
Necessary Always Enabled
Necessary cookies are absolutely essential for the website to function properly. This category only includes cookies that ensures basic functionalities and security features of the website. These cookies do not store any personal information.
Non-necessary
Any cookies that may not be particularly necessary for the website to function and is used specifically to collect user personal data via analytics, ads, other embedded contents are termed as non-necessary cookies. It is mandatory to procure user consent prior to running these cookies on your website.
SAVE & ACCEPT 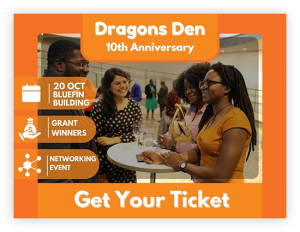 Subscribe for exclusive early invites to our free resources, support groups and events